We must rise to the biggest economic challenge of our times: creating good jobs for everyone

This article has exclusively been written for Reuters Events Sustainable Business. 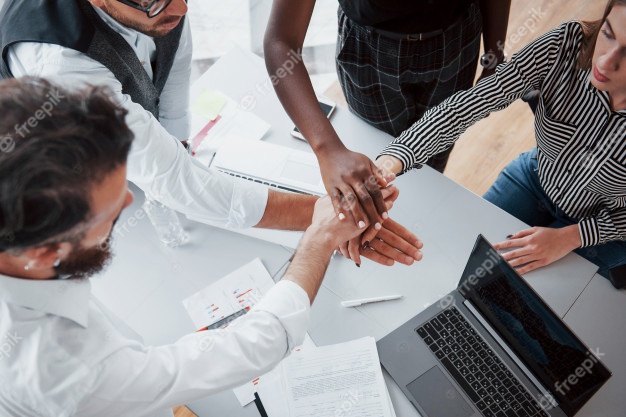 What type of a society do we want to live in? Do we want a world where every human being is able to live in dignity or a world that continues to be ruled by rising imbalances? Over the last decade a deep societal rift has emerged due to increasing wealth disparity in all major nations. Our society has long been living with a rising divergence between the power of capital and the power of labor.

Covid-19 has made these injustices worse. The better educated (white-collar and generally wealthier) with means to protect their health has come out better, while the less well-off who tend to occupy blue-collar jobs but main “key industries” had fewer opportunities for social distancing. Why has society not put addition effort to protect them ?

How should we look at rearranging ourselves in a post Covid world? As Rahm Emmanuel said, “you never let a serious crisis go waste”. With vaccination against Covid19 gaining traction globally, we have a once in a century opportunity to re-look at the way the world is organized.

The last decade has presented central banks with a commanding role in managing economic crises as governments have stepped back letting monetary policy manage the impacts of economic cycles. The rush to ensure global liquidity support to the financial system has exacerbated societal schisms as the unintended consequence of loose monetary policy has led to rising concentration of wealth among the asset owning class whilst the working class has suffered wage stagnation.

Within western societies the twin pressure of rising asset valuation and disappearing well paid middleclass jobs is creating new challenges. Coronavirus has provided governments with an opportunity to intervene and provide incentives to correct the imbalances. Instead of repeating policies of the past, it is time for governments to use the opportunity presented by fiscal intervention to offer long term support to real economy industries which provide lasting jobs and not depend purely on monetary policy which has had a narrow impact on society.

Governments globally have to apply themselves to the central economic problem of the times: ensuring there are both enough jobs, and a better distribution of good jobs. We must refocus on the provision of adequate public services, which used to be a fundamental purpose of government budgets. They are now greatly under-invested in, not only in the emerging world but in most advanced economies as well. The pandemic was a harsh reminder of this, with public health systems overwhelmed in many countries. But this now presents a huge opportunity around the world. Investment needs to be channeled by governments to achieve broad-based equality of access to basic services: public education systems to bridge the labor market challenges; healthcare to improve life expectancy and more stable, productive employment to ensure adequate wages to help uplift the masses stagnating at the bottom of the pyramid across the world.

For long our society has thought of wages as just rewards for value added output. This has resulted in a widening of gap between the rewards to white collar university educated workforce and the blue-collar employees who deliver critical services which most of society depends on.

The main engine of job growth over the last decade has been in lower-paid service roles – Uber or Grab, F&B, cleaning, security, old age care etc. Covid-19 has introduced a major disruption to this already polarized, barbell-shaped market.

The concept of a Living Wage or a desirable level of pay is not new. The philosopher Plato considered the idea when writing about the dignity of work over 2,000 years ago. The Universal Declaration on Human Rights adopted by the United Nations makes the case for fair wages and social protection in Article 23. Traditionally this had been dealt with through minimum wage legislation but these tools are proving to be inadequate.

Living wage would radically increase global discretionary income which would drive economic growth. Putting an additional dollar in a rich person’s pocket has considerably less of an economic multiplier effect than a dollar given to someone who is living on the breadline.

There is now a growing sense of ethical awareness around the world. Companies that source from suppliers in countries where prevailing wage levels are significantly lower need to ensure that living wages are paid to those workers. Top Glove from Malaysia, the largest global manufacturer of rubber gloves (key in the fight against Covid19) which regularly won best in class awards in Asia for being ahead of its peers in HR practices, lately found itself in crosshairs of unexpected punitive action as its goods were seized by US customs authorities citing labour conditions.

According to Paul Chan, President at Malaysian Alliance of Corporate Directors, boards increasingly need to face up to these risks and work collaboratively to ensure fair profit distribution to everyone in the ecosystem. “Paying a living wage across an organization is an ESG issue and an SDG Ambition Benchmark identified by the United Nation,” says Faroze Nadar, Executive Director at UN Global Compact Network Malaysia. “What happened in Top

Glove clearly telegraphs the fact that workers’ dignity in supply chains is now a license to operate. Top Glove is making remedial strides, and the issue has now become a springboard to align to living wages in line with the revised national poverty line.”

A better Future for all

With vaccination against Covid19 proceeding globally, societies and governments everywhere are looking forward to getting back to normal. Given the wide-spread recognition that society needs to tackle rising imbalances, it would be tragic if we quickly settle back to the old normal without trying to recast social compacts towards a new normal. “Human dignity” should take center stage in not just government decision making but also become a rallying point for corporate social responsibility as well as underpinning the new rules based international order which will define the future of Globalization.